Did you know how common Mental Health Illnesses were today?

Mental illness is one of the most common health complaints affecting our modern day society.

Mental Health First Aid Australia has stated due to research that 1 in 5 Australians aged 16-85 years has a common mental health illness (Anxiety, Depressive or substance abuse disorder) that equates to 3.2 million Australians who are affected by mental illnesses. (Specific subgroups for example aboriginal may have a slightly higher percentage.)These figures are from research from 2007 and the rates are only increasing each year, and quite possibly every Australian will be affected by mental health in some way or by association aka you will know someone who has a mental illness. Even more alarming is the fact that one in ten children suffer from a mental disorder.

Unfortunately over the years mental health has had an incorrect stigma or stereotype attached to it causing people to feel ashamed or embarrassed by their mental health problem. With the increasing demand for this type of healthcare in our society today we really need to be open about this health issue and encourage those suffering from mental health issues to seek help.

Natural Medicine has a lot to offer in terms of healthcare for mental health issues and offers hope for sufferers without the use of drugs and their associated side-effects. With the aid of pathology testing a correct diagnosis can be made and a personalised treatment plan developed to rectify any imbalances required to improve your health.

Mental health problems are not ‘in the mind’ and there are many issues that may contribute to your mental health illness. The Gut Brain Axis, is a two-way communication system between the gut and the brain, including communication with the microbiome ( your gut bacteria) it is influenced by your immune system and is often linked to mood disorders.Signals go via the vagus nerve and the sympathetic and parasympathetic nervous systems.

Some of the more common causes are

What role do neurotransmitters play in my health?

Each neurotransmitter has a unique role in preventing mental illness.

Serotonin; adequate levels are required by your body for regulation of anger, appetite, body temperature, mood, sexuality and sleep. Serotonin is commonly known as your ‘feel good’ happy neurotransmitter.

Dopamine; is a precursor for noradrenaline and adrenaline and is involved in the regulation of your pleasure and reward senses, memory, motor control (movement), sleep, mood, attention and learning. A deficiency would be “I aint got no satisfaction” and when you get a dopamine hit is a flush of “Oh Yeah!!!!” or gold star, or a win on a computer game.

Noradrenalin and adrenaline are your ‘fight and flight’ response in which they increase your heart rate, trigger the release of glucose from energy stores and increase blood flow to your skeletal muscle. So you can run from “tigers” and it doesn’t even have to be a real threat a perceived one will trigger the same response, think of a scary movie, the News, a roller coaster for example. These neurotransmitters, noradrenaline and adrenaline are required for attention, arousal and alertness.

What health issues are caused by imbalances in neurotransmitters?

Some commonly seen health issues caused by neurotransmitter imbalances are;

What can be done to rebalance neurotransmitters?

I invite you to find out what your neurotransmitter levels are, would you like help with anxiety, depression, OCD, mood swings, irritability, IBS, IBD.

You can book online at the bottom of the page, or call Louise to make an appointment in a safe environment, and help you to feel better. 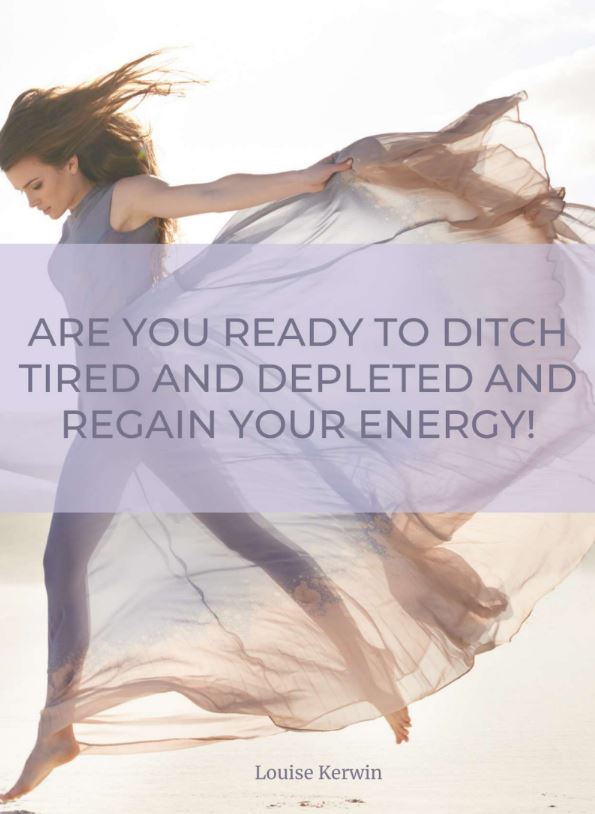 Are you ready to ditch the tired and regain your energy?

Download my FREE eBook and ditch the lethargy that so many of us accept as normal day life!